I took this photo of the artificial reefs in Florida.
_7230057.ORF (12.7 MB)
This file is licensed Creative Commons, By-Attribution, Share-Alike.

Two of the big problems in underwater photography are backscatter and how colors are affected by the water. A flash helps with the colors, however if improperly done the flash can contribute immensely to backscatter. The fix is to aim the flashes to converge on the subject and not illuminate the water between the lense and subject. It looks like the flash did do that in this case, as backscatter doesn’t appear that bad between the fish and the lens. However I wanted to play with removing the background backscatter. It seems the diffuse/sharpen module does a good job in removing the bulk backscatter and left only a few scragglers which are easily eliminated with retouch. Those edits are here:
_7230057_02.ORF.xmp (184.7 KB)

And the result as JPEG is here: 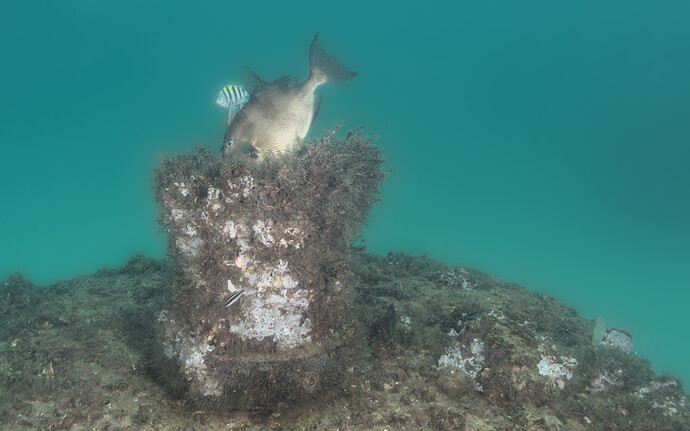 What would you do different? 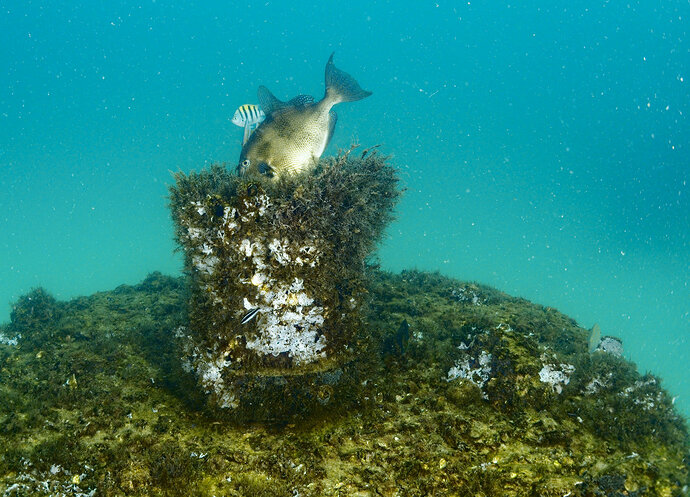 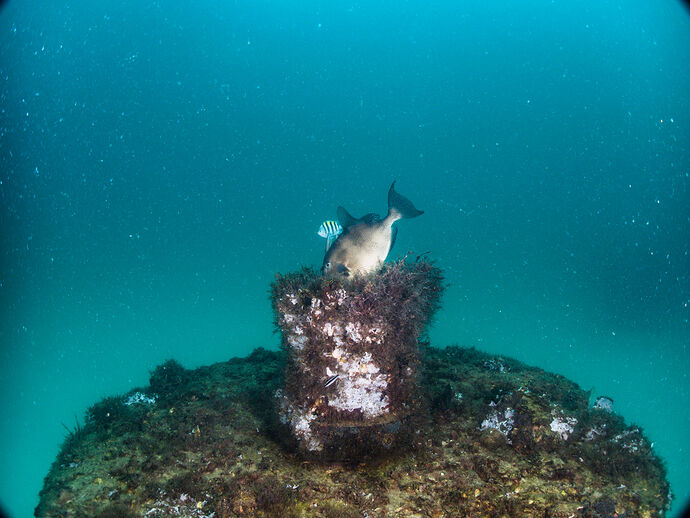 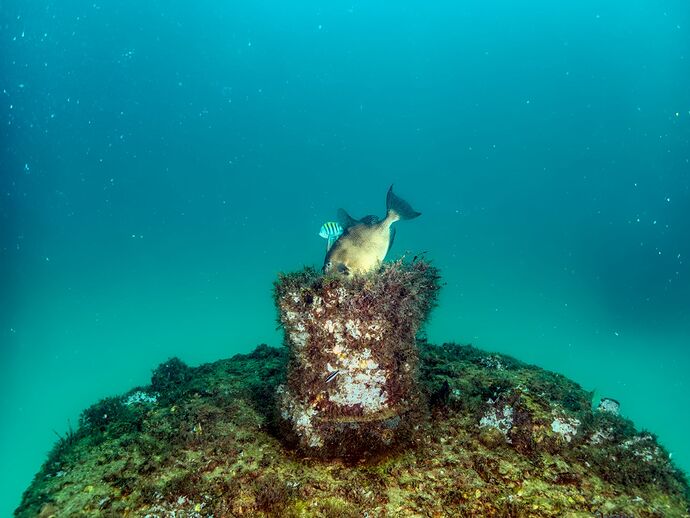 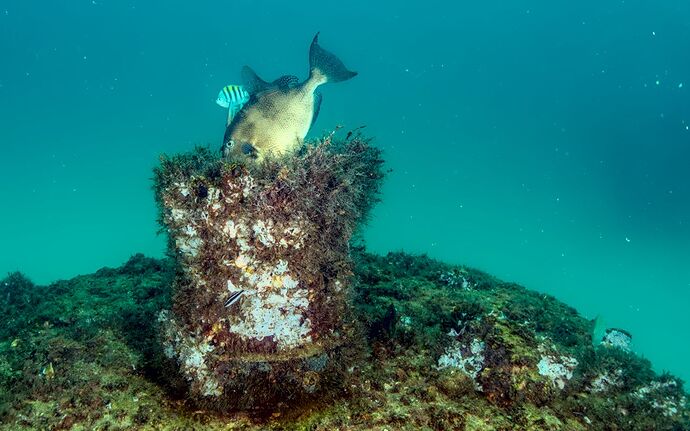 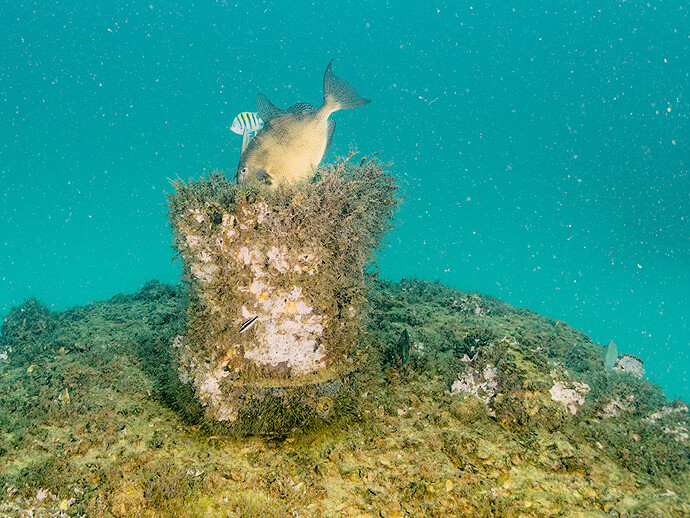 Great shot! Thanks for sharing it with us! 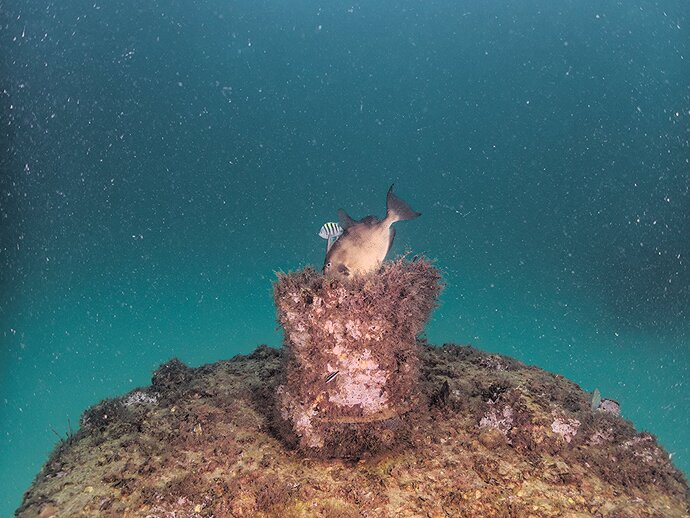 After adjusting exposure, I did the following (roughly):

First, I did an auto color balance adjust in the color calibration module and then manually adjusted it until it looked “about right” to me (since I wasn’t there and you don’t have some color reference shot available, it’s the best I’ve got

Then, I made a new color calibration module module above that and heavily adjusted the blue channel’s brightness down and compensated with a touch of red and a little more green, to bring the brightness where I wanted it.

After, I adjusted filmic, added two copies of the “diffuse or sharpen” module (first: to heavily sharpen the lens blur, second: adding a bunch of local contrast). Apologies if this makes it super slow for anyone trying out the file. (OpenCL is great for this, when you have a good GPU.)

While this is a lot, the largest changes were in the two copies of “color calibration”. Getting the approximate colors you want goes a long way and adjusting the channels to darken the blue (since it’s so bright underwater) makes the image have the effect you see here. It’s a good method for darkening blue skies too (simulating a polarizer a bit and increasing the contrast of a blue sky with clouds), by-the-way.

As “diffuse or sharpen” is such a heavy module and I use it twice, I’ve made a version that uses the “sharpen” and “local contrast” (with a mask to protect dark and light, plus to target sharper parts of the image, with some feathering) for those of you who may not have powerful enough computers (I was one of you until a few months ago)… and also to compare how awesome “diffuse or sharpen” is compared to the standard sharpen and local contrast modules. (You can see haloing from the normal local contrast module, even with the mask, and the sharpen module isn’t as optically correct.) It’s not intended to be a perfect 1:1 comparison, but something rather close. Look around the halos of the fish (especially the zebra fish) in the second picture versus the first (which doesn’t have this). Aside from these two replacement modules, everything else is identical. 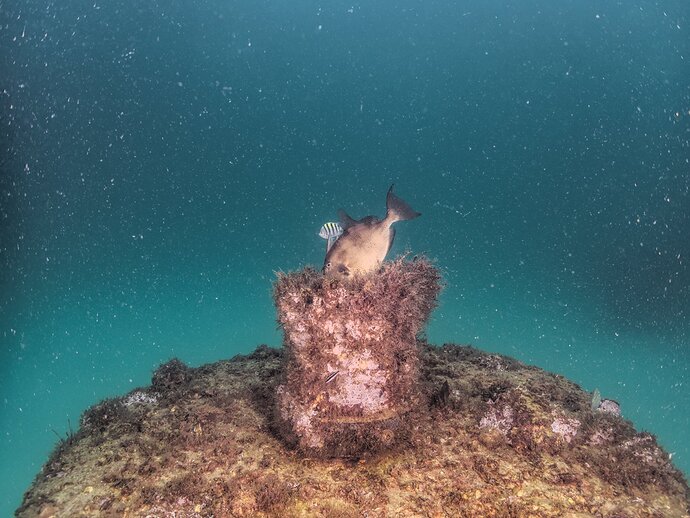 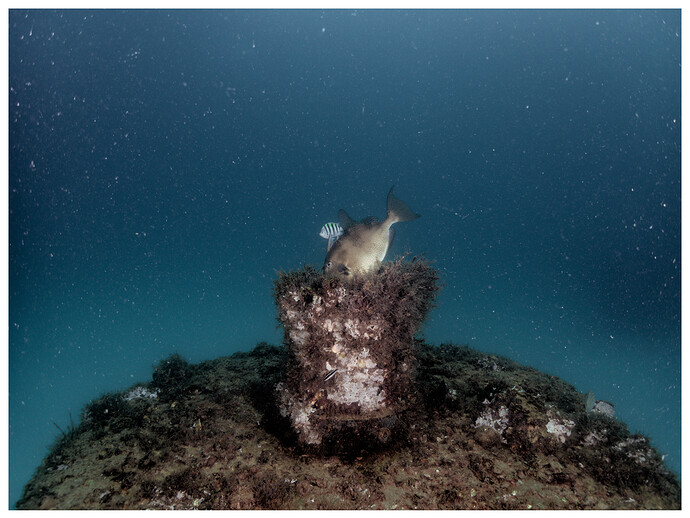 I like the darker background. It’s almost like space. It kind of gives me the idea if you made it dark enough you could make an interesting crossover underwater/space picture, except now the white particles are distant stars. Thanks for showing me the dithering and framing modules. I didn’t know of those. Darktable has one huge set of modules. Someone could get lost in them easily.

I like the outcome of the diffuse/sharpen module better than the local contrast and sharpen. I definetly see the difference in the halo and the interplay with colors. Pixel peeping on the fishes shows the faint blue of the fish pretty well which is muddled in the local contrast version. However this all comes with the obvious “got to get a new computer” infection that has taken root.
Sorry about the white reference. I do carry a slate on my arm. However the colors change so drastically based on depth that I would need to reshoot it often or spend a few minutes at the beginning of the dive doing a color reference run.
You reminded me I forgot to tweak the colors beyond white balance. Definitely something to do on a color photo.

Nice edits my one query would be the exposed coral. It appears to have a reddish pinkish hue that might not be the right color. I had the same result after a couple exits and then didn’t feel that looked right so I worked to make it more neutral.

Just going on impression rather than authority

I have dual flashes and they usually fire. I would expect coral to be white as well and thats usually what I use as my color reference.

Im scratching my head on the three uses of Diffuse or sharpen. Can you comment? It seems the first is meant to be a broad edge refinement, but I don’t see the affect. The second does some great work on the sharpening bringing the hairy plants out more in sharpness. And the third seems to punch that up more. What was the logic behind these choices so I can apply it to other photos, please?

Thanks for showing me surface blur that looks like another way to get rid of the backscatter in the background.

Your welcome. I thought I would just try it. It is one of the old Denoise modules now renamed… you could try Astro Denoise too it might also work and for sure the new diffuse and sharpen. The look for that part is highly subjective for sure and the setting would be guided by how much of the background that you want to remove

I often start with the d&s presets and might change the settings slightly afterwards.

There is a nice subsection in the manual…actually the whole section is pretty well written. Its a tough manual but if your hardware can handle it then its worth adding them for sure…
https://docs.darktable.org/usermanual/3.8/en/module-reference/processing-modules/diffuse/#using-multiple-instances-for-image-reconstruction 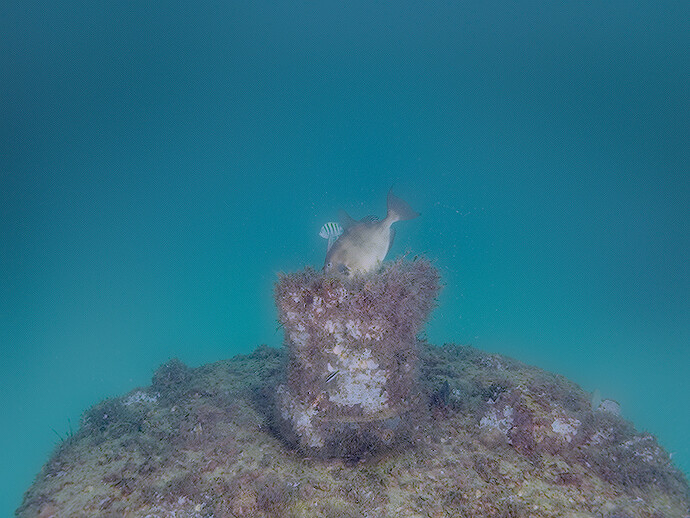 here is my version, I used a bit of artistic freedom and changed the water color a bit 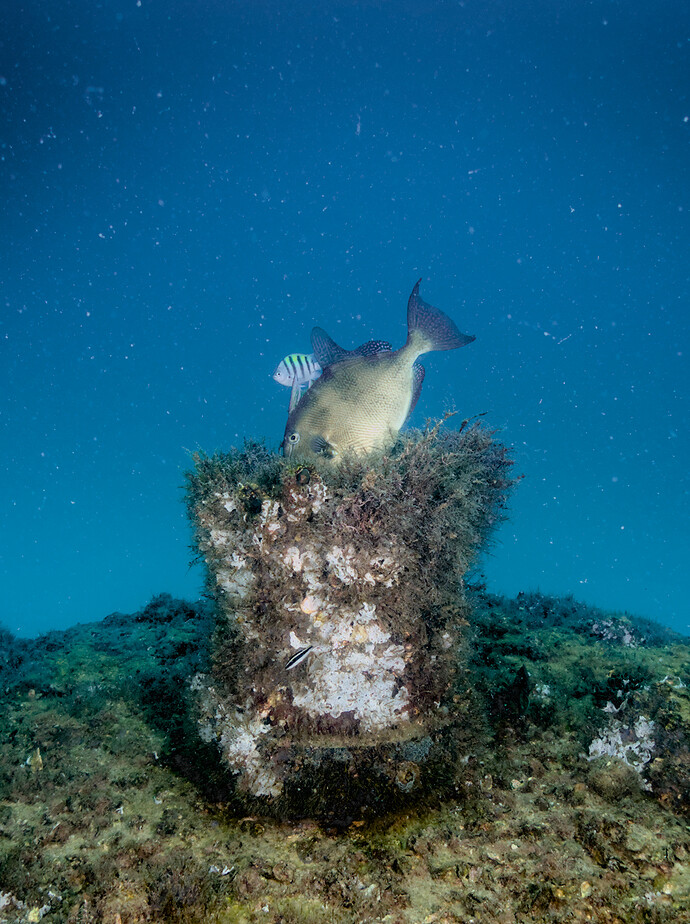