where are the local adjustments ?

I have the 5.8 version for Windows of Rawtherapee, and I was interested by local adjustements as described here : Local Adjustments/fr - RawPedia

Same point with levels “Normal, Confirmed, expert” : how to activate them ?!?

Is there a user guide to indicate how to use such functionalities. The doc in rawpedia describes something that is no available.

In DarkTable or ART, access to masks is clearly indicated.

But, I found no way to access to these RT local adjustments and RT sports in modules

Local adjustments are not available in RT 5.8. Use ART if you like them and prefer RT.

I don’t know what is the french manual you pointed out. Maybe a guide made for locallab-branch and ART? Someone more knowledgeable can possibly help and put a note to that Rawpedia section, that this is not yet currently available in the extraordinary RT.

The rawpedia page you linked to is referring to a specific branch of RT, the “local lab” branch. You should be able to find some recent builds, maybe @gaaned92 has one already.

Like the others have said you have a choice.
RawTherapee has a ‘Local lab’ development build, which uses localised spots that change parts of the image of a similar tone and colour within a circular or rectangular region. 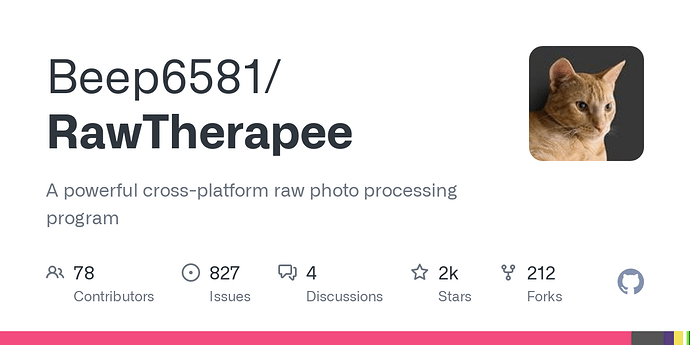 Here you can download automated builds of RawTherapee - these include both stable releases and development builds. For an explanation of the difference between these builds and how to read the file...

(Scroll down the page to find the ‘newlocallab’ build that fits your system)
They seem to be fully functional, but the RawTherapee team don’t consider the work to be finished yet? This version will work with any previous edits of RawTherapee you have

or you can use ART, which has shape masks, parametric masks, selection spots of similar colour and tone. It has a slightly different set of tools to RawTherapee but is similar to use. It looks like a brush tool may be on its way too. I much prefer this as a piece of software overall, but it isn’t compatible with RT.
https://bitbucket.org/agriggio/art/wiki/Home
Hope this helps

I’m coming back again to this matter cause I wanted to intervene to a specific part of the sky in one of my images chromatically. I have 5.8 version of RawTherapee and I don’t want to use other programs. If I understand right I have to wait for the next stable version of the program (6.0 perhaps?) so that the local adjustments tab appear in the tabs menu? Maybe the part of Rawpedia which talk about this subject must be deleted, since this feature is not available yet I say?

You can download a recent, pre-build and all but 100% stable development version right here:

@Jade_NL maybe I do, but I wonder if there are any bugs or other issues in it. What do they wait to release the next final version? I mean it’s confusing writing to the official document of the program for a feature that is not “definitely” supported. Of course I really love the program and I will continue to use it but I wanted to make this observation with good intension.

maybe I do, but I wonder if there are any bugs or other issues in it.

The amount of problems with the “old” stable 5.8 version, bugs and incompatibility with newer gear, outweigh the few issues that are to be found in a current pre-build development versions.

I use the latest, self build, development version extensively for Play Raw edits and testing and the latest Linux development appimage (2995) for my personal work. I hardly ever run into a crash: Not at all with the appimage. The very latest self build version I use has also some experimental stuff and that does crash at times, but that is to be expected. I do not run into problems with the non-experimental parts.

What do they wait to release the next final version?

I’m also curious what the actual hold-up is. I have some ideas but this is a topic I won’t go into.

About the documentation: It isn’t always clear that they are talking about something that is not available in the old stable 5.8 version. The current situation is, I think, a direct result of there not being a stable release in a long while. More and more people are using pre-build development versions and they do want information about how to use the new and updated tools.

I’m also curious what the actual hold-up is. I have some ideas but this is a topic I won’t go into.

At least my guess is - general COVID burnout. I know I have a list of items on the RT issues list that I personally want to polish up (although none of the items on my list of things that I think need some minor tweaking are actually needed for a proper release) and I’ve just been too fried to really even get caught up on my own backlog of issues. Last we heard from Morgan he had some roof repairs that were being more time consuming than expected, but I would not be surprised if general COVID burnout were also a contributor. (But I’m just guessing)

I don’t think I’ve talked to anyone who wasn’t completely exhausted and drained this year. For a while there was hope that vaccine deployment would end this, then Delta reared its ugly head…