CC and CL curves in darktable?

Following on from this post, I think it would be nice if dt could do this, perhaps in UCS space.
Manipulating saturation/chromaticity on its own can be fun and can produce some interesting and creative images. These are very quick edits in RT of existing jpegs.
Before - 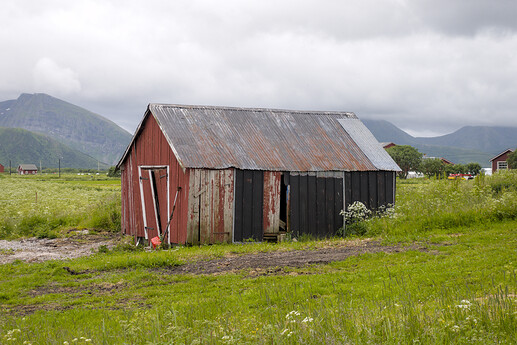 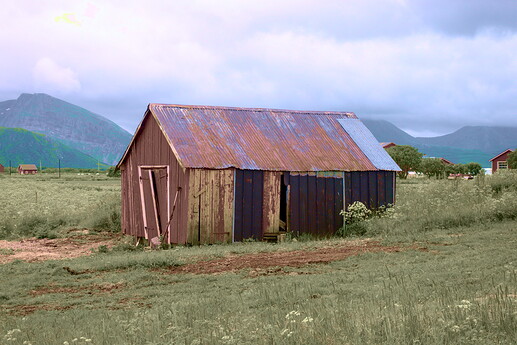 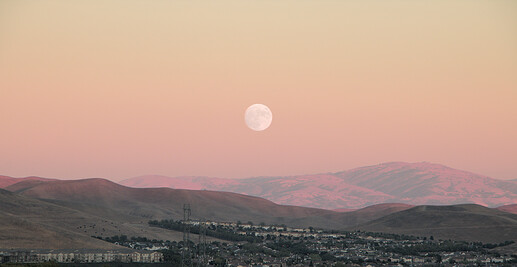 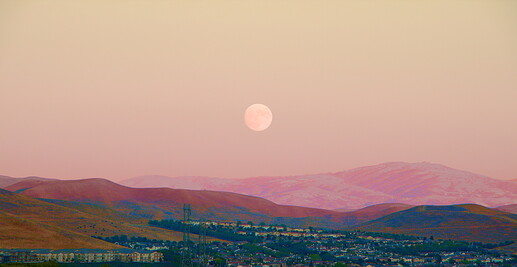 I think we have mostly moved on from curves because they must be bound and can’t be in linear part of the pixelpipe. You should be able to achieve this with the color balance rgb module and a mask.

Surely curves like CC could go in the display referred part, I can’t really see a need for “linear faithfulness” here in any case.

OK if that’s your feeling, you’ll still need to open a feature request. This isn’t the proper place.

It’s intended as a topic for discussion so I think the place is fine.

Perhaps you’d like to open with a question or at least a series of statements that may lead to a discussion, then? What you have now is essentually an incomplete feature request in the wrong place.

I am showing my ignorance here. What is a CC or CL curve? And how does it differ from the curve options already available in DT?

The LC curve (lightness according to chromaticity) allows to control the output lightness based on the input chromaticity, L=f(C). You can use it on portraits to lighten skin 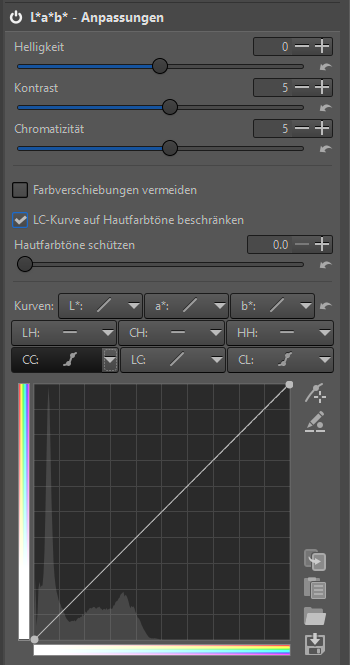 In RT they are part of the Lab adjustment as simple curves. I think in DT you would have to deal with color balance rgb or so and masking for that stuff.

Thanks for the explanation. I have seen these in RT but not really played with them. I can see how they could prove useful. It would be a nice addition to DT to have some of the RT features merged in. Easy for me to suggest since I can’t do the coding and don’t understand what is involved in putting in a new feature and maintaining it. 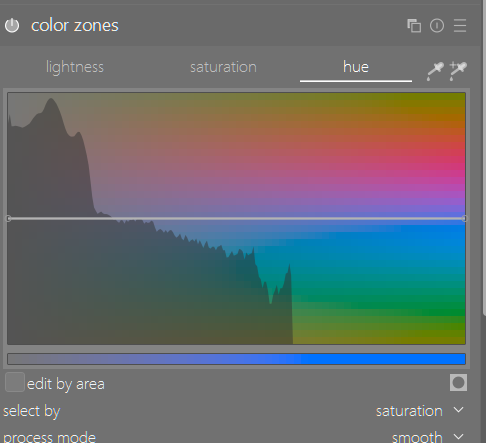 CC curve would be… 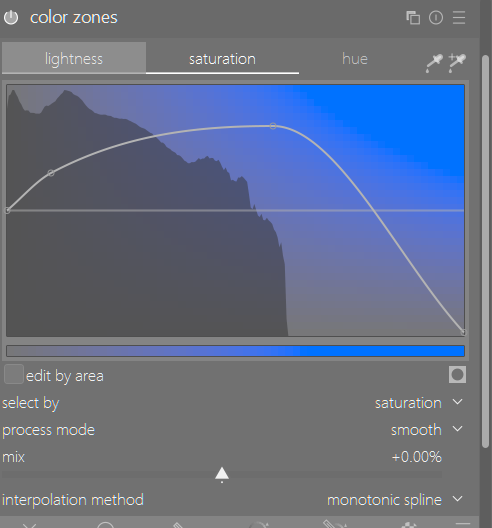 I am a big fan of the color zones module, but now I realise there is even more I can do with it. I will have another read of the user guide and play around with it. Thanks for this information.

Thanks Todd. I was achieving the HSL pre-set unknowingly by moving the mouse to the right location on the adjustment line to select the color I wanted. This pre-set makes my life easier and quicker. This forum is so good for getting shared knowledge.

@Terry , a bit more on the CC curve -
@apostel338 's pic shows the histogram of chromaticity/saturation values, bunched to the left as they often seem to be, and with the starting out position where there’s a 45 degree straight line. So this gives the same chrom. out as it takes in, i.e. no change. 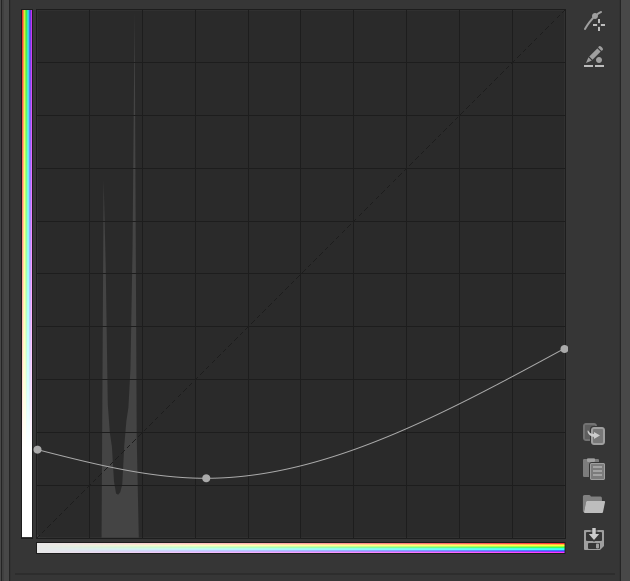 At the far left, the pixels with little or no chrom, these are getting quite a boost - the curve is well above the 45 degree line. Hence the shack roof becomes more colourful. The middle point of the curve is reducing chrom - below the 45 deg.line. Hence the grass loses prominence. This tool is baffling at first because the histogram shows the position AFTER the changes caused by the curve, so it moves around a lot as you adjust the curve. The shack histogram started like this - 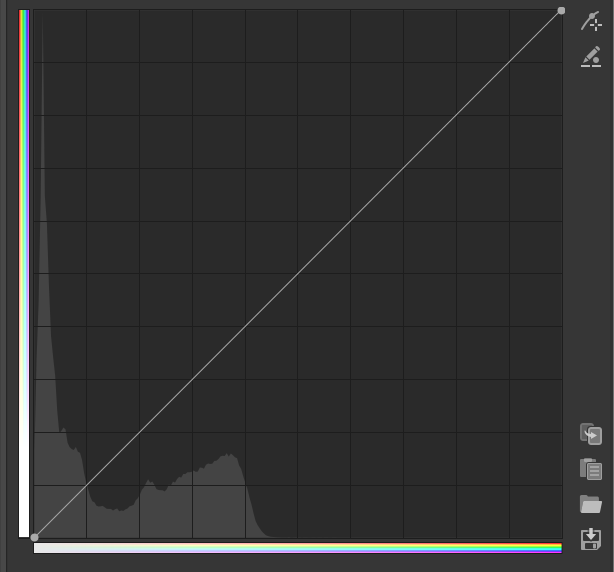 and the curve equalised the chrom, so it ended up as a narrow peaky histogram.

As you say, it’s easy to suggest new features without knowing the difficulty. One thing though - dt’s Tone Curve already works on various channels e.g. the Lab components, so maybe it’s not a massive job to add a chrom option.

@priort , I just had a quick look at Color Zones and tried the HSL preset and selected by saturation, however I can’t get anything like the control over the chrom that the CC curve gives. (As you mouse along the x-axis, the colours still pop up - red, orange etc - that looks like a bug given it’s in saturation mode?)

I did - it’s the title no less!
You remind me of this

I guess you can use a Tone Equalizer module with the chromaticity blend mode and achieve something like that CL curve. Except you’d be telling Darktable how much to increase chromaticity rather than the absolute result chromaticity. Is that how the CL curve works?

I’d say CL is about absolute chrom since that is the nature of the graph. Here’s a before & after using this CL “curve” in Rawtherapee - 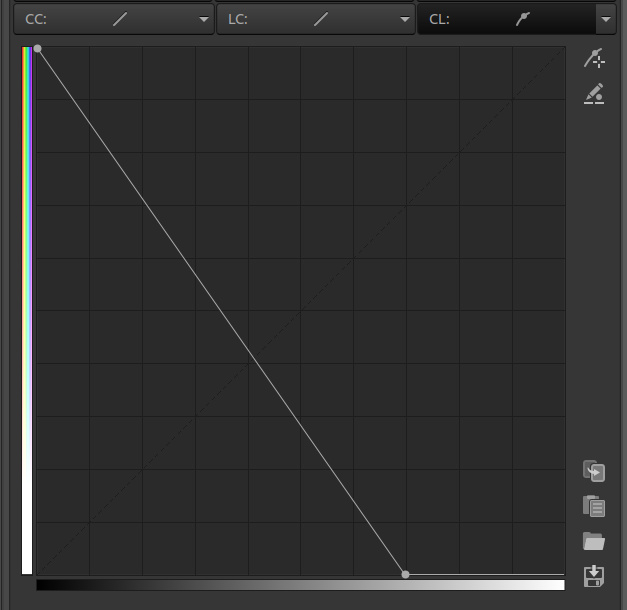 I first put a gradient on in order to have a range of Lightness. 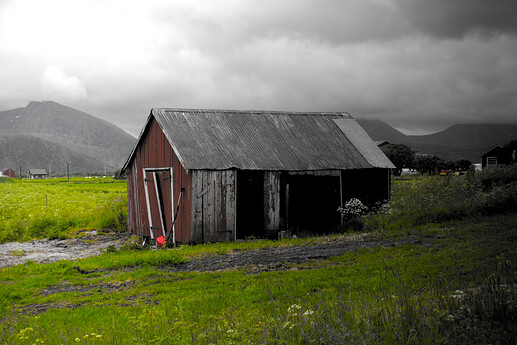 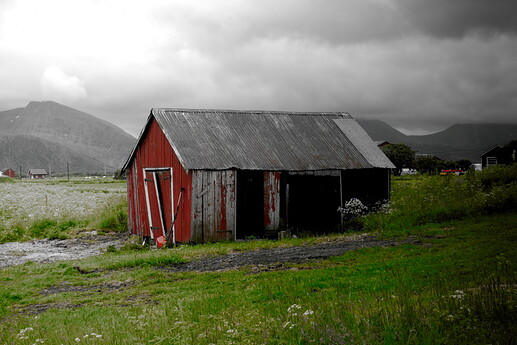 You can see the darker grass has increased chrom whereas the bright grass has gone colourless.