We received a lot of excellent user feedback after publishing the 4th digiKam 6 release in September 2019. We are now proud to briefly announce the new digiKam 6.4.0, a maintenance version which consolidates this feedback and acts as an important phase of this 3-year-old project.

With 6.2.0 and 6.3.0, we increase the plugins list ready for production, to finaly provide more than 120 native tools. With this new release, 14 new plugins have been introduced again and available in digiKam and Showfoto…

We extended the DPlugins interface to support all native image loader as plugins instead to use hard-coded loader.

This include these image format JPEG, PNG, TIFF, JPEG-2000, PGF. The RAW loader based on libraw have been also ported to this interface, as the ImageMagick and QImage codecs wrappers. For these 2 last one, digiKam is able to load and save plenty of exotic image formats, even if codecs are not native with digiKam API and do not supports HDR, color management, metadata, etc.

A new image format is now support as native: HEIF. This container is used by Apple to store photo in iOS devices. HIEF is a file format for individual images and image sequences. It was developed by the Moving Picture Experts Group (MPEG). The MPEG group claims that twice as much information can be stored in a HEIF image as in a JPEG image of the same size, resulting in a better quality image. HEIF also supports animation, and is capable of storing more information than an animated GIF at a small fraction of the size.

Compression in HEIF is delegate to extra codec and currently x265 is supported. This codec give excelent results to encode images with small size without to lose information. Metadata, preview, and color management are also supported.

HEIF is able to support HDR, if extra codec is compiled with pixel color depth higher than 8 bits. In this case, digiKam will able to store and edit image without to lose quality, as we support HDR since a while.

With later release, we plan to support more native files format though this image loader plugin interface, as WebP, a new standard from Google to use on internet to replace JPEG, and JPEG-XR, a new Windwos format from Microsoft used under Windows for the photo archiving. Both formats use wavelets like compression mechanism and are avaialble as open-source components.

Historically, digiKam has always used an internal RAW import tool based on libraw decoder to load RAW files in Image editor. With this release we extend again the DPlugins interface to provide a way to extend the Image Editor RAW import stage from Image Editor.

The first one is the native RAW import tool ported to the new plugin interface. The tree other ones listed below permit to customize all settings to tune the photo decoding before to import in Editor:

The selection of default tool to use with a RAW file must be process in Image Editor can be selected in Setup/Editor configuration pannel.

While this summer a student has work with us to implement a new tool in Image Editor to clone small part of photo. The goal was to give to end users the possibility to remove artifacts or unwanted objects form a composition.

This new plugin has an healing brush tool which is very useful to fix image. It can be used both as cloning brush and healing brush, so it allows you to duplicate objects or correct imperfections in an image easily and quickly.

For example, you can use Free Clone Stamp Tool to remove unwanted elements, such as electical wires or unwanted plane in the sky. It can also be used to remove skin blemishes and wrinkles.

To use the this plugin, you set a sampling point on the area you want to clone the pixels from and paint over another area. A brush properties is available for cloning operations. Set the brush for appropriate size in the options panel. Use the mouse buttons to define how you want to align the sampled pixels in cloned area. Samples pixels can be cloned continuously, without losing the current sampling point, if you don’t release the mouse button. In opposite, samples pixels can use the initial sampling point each time you stop and resume painting. To set the sampling source you want to copy from, move your mouse to the area you want to duplicate and use Meta key with mouse button. Drag over the area of the image you want to correct. The plugin also provide a lasso mode to isolate the target region to patch with cloning operation.

Thanks to all users for your support, and to all contributors, students, and testers who allowed us to improve this release.

“Rendez-vous” in few months for the next major stage with the first 7.0.0 beta release where we will give details on a project from a student working with us while this summer, about a complete rewrite of Face Engine based of Deep Learning Neural Network.

Yet another great digiKam release. Thank you developers !

Thank you for this update!

Windows Defender SmartScreen prevented an unrecognized app from starting. Running this app might put your PC at risk.

Probably because the ‘publisher’ info is missing?

Thank you for this wonderful release! Finally I can use my Galaxy A40 to shoot in the HEIF format! This saves me from 40% to 50% file size!!! Thank you!

There is a new folder in ./project/scripts/ named site which contains a complete(?) git checkout of digikam with 835MB of data.

A new image format is now support as native: HEIF. This container is used by Apple to store photo in iOS devices. HIEF is a file format

Does anyone know if Raw Import is supposed to work with Windows 10 ?
I tried it with Raw Therapee: the editor is not loaded, like if it is not installed or found on the system.

It should work. I will try it later today.

I’m glad to see digikam has HEIF support now! I just upgraded and for the most part it’s working. However, digikam is not reading/displaying any of the HEIF metadata. Is this expected?

It is expected at this stage. I already asked on digikam users mailing list. Digikam relies on exiv2 for metadata handling and exiv2 isn’t supporting HEIF format yet. They are working on it though.

It did not work.

darktable did not work either.

I guess we should file a bug report

I added RT’s path to the local environment variable and now it launches.
But it does return an error when the editor is closed:
“Error to import RAW image with RawTherapee.
Close this dialog to load RAW image with native import tool.”
I guess the mutual integration is not yet very mature.

How do you do that on Windows?

It is a bit long to describe. It’s inside the advanced system settings: 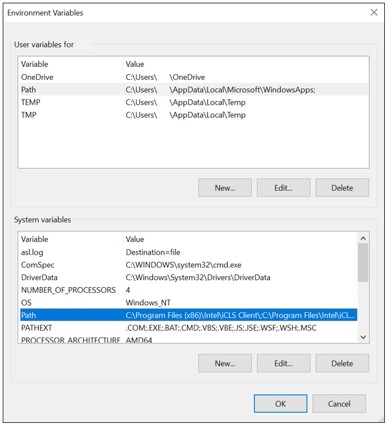 How to set the path in Microsoft Windows

Information on how to set the path and environment variables in Windows 2000, Windows XP, Windows Vista, and Windows 7.

you need to add the the path to where RT is installed to the “Path” system variables.

Cant get a multi hundred thousand image library set up - digikam keeps crashing on a fresh copy of the latest Windows 10 release. It run’s for a bit, using sql-lite setup as others are experimental, and then the app just disappears without any warning or information after it gets so far… can’t keep track of exactly where - because the software doesn’t provide such feedback… it just says its creating the catalog. Sadly it never says where it is at in the process.

Here is one such crash - but this happened as rotating 3 files - coincidence? Dont know.

Is this no where ready for prime time?

You’ve probably hit the limits of sqlite with that many images. Try MySQL.

Hi. Not sure where I should post requests for additional features, but i’ll try here in case someone might know how to solve it.
i would like to add the “auto-correction”-tool to the main tool bar so that i do not have to open every photo in photo editor to use this feature. i tried to add it in Settings>Configure toolbars, but it is not possible from there.
Anyone know how to?

If you want to request a feature, you need to do it in KDE’s phabricator instance.