This is the first picture I’ve edited from my recent trip to Ireland.
The old man was playing the harmonium in a lateral street in the center of Limerick, and I’ve been captured by the early afternoon light and the intense expression of the man.

I took few pictures with a rather long focal length, and then went to see the man, to give him some money and ask if he was OK with my pictures.

Before I could say a word, he asked me if I was from the press or something similar. When I answered that I was just taking pictures for my pleasure, he started discussing about photography and the fact that he also owned few cameras in his youth, and he ended up telling me funny jokes about Irish robbers and policemen… it has been really a pleasure to have a talk with him, and of course he had no problems at all with my pictures.

This is the one I liked the most from the series I have taken. What do you think? In fact, this is one of my first attempts at street photography… 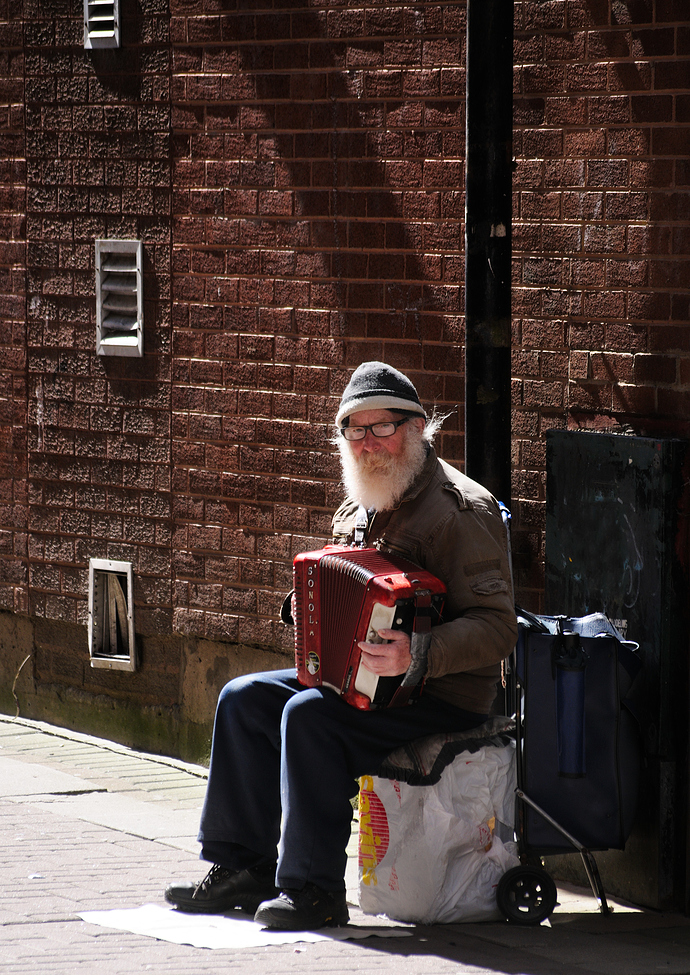 A most enjoyable image.

The only thing that would have improved it for me, was if he was not looking directly into the camera.

Thanks for looking! I have another one where he is looking elsewhere… I’ll process it as well and post it as a comparison.

I like the composition and how you dealt with the intense sunlight.

Processing vise there are a few things I would tweak: 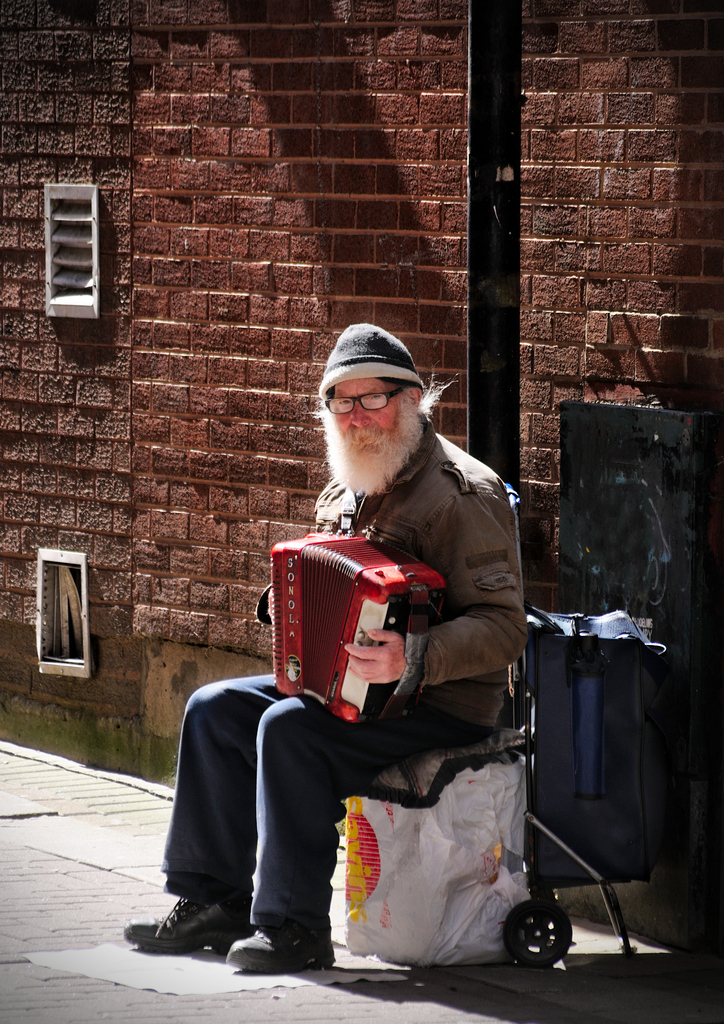 The changes also affect the mood of the original a bit, so take it for what it is, a bunch of ideas to try/play with.

@Jonas_Wagner Thanks Jonas! I’ve tried a lot of different crops, and this tighter one was indeed my second choice on which I’ve hesitated a lot…

The CA and fringing is quite bad with my cheap 55-200mm lens, and it is indeed still quite visible in my edit.

I also like the slightly brighter version, I’ll try to reproduce your result as well as the vignetting (maybe a bit less pronounced).

Maybe this could be an interesting picture for a “Play RAW” thread?

I tend to agree with some of @Jonas_Wagner points - particularly about the crop. I personally would even go tighter I think. Unless the wall is supposed to add something to your vision of the image in some way?

That cool diagonal shadow on the wall leading your eye back to the musician was certainly a nice touch!

Was there any way to get back any of the highlight detail in his beard or the towel on the ground? I agree that brightening it up for the upper tones might help the overall image feel a little brighter.

It could be fun to share it as a PlayRaw if you wanted!

To be honest I liked quite a lot the regular texture of the brick wall, and had the feeling that it was adding some interesting pattern without distracting the eye.

For a tighter crop, I would then cut more on the right than on the left , as I feel that overall the man should be more in the right portion of the image than the left (to leave some “air” in front of him).

This night I will work on a new version that tries to collect all suggestions, and post the original file as a play raw subject.

So here comes my updated version. I recovered some details in the beard by blending a second copy of the processed RAW image with -1EV exposure compensation, via a gaussian blurred luminosity mask. Then I added some overall brightening as suggested by @Jonas_Wagner and made a tighter crop.

What do you think? 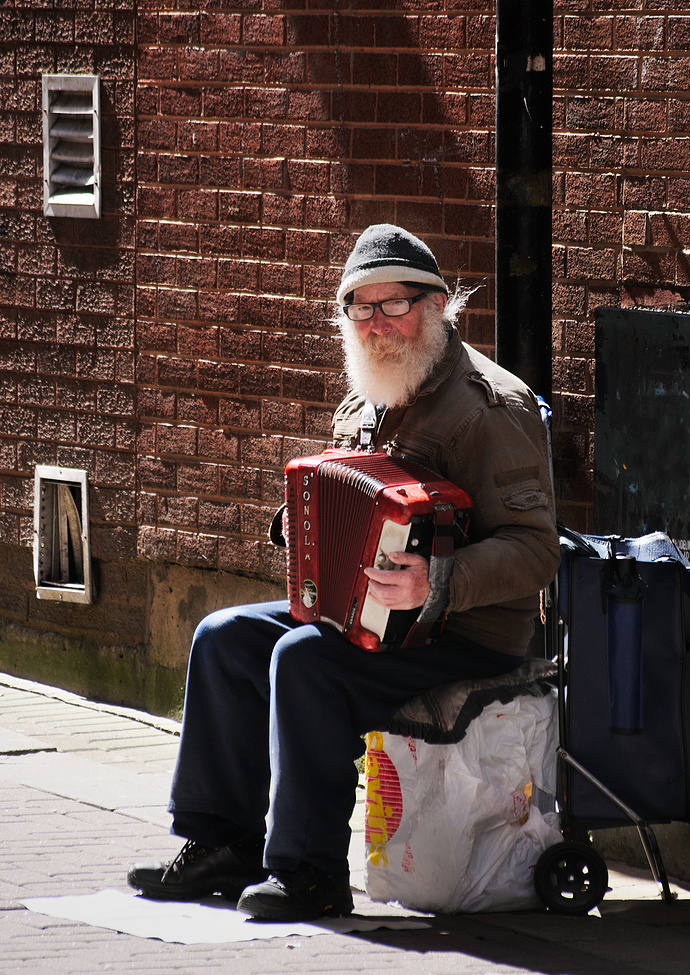