As much as I liked UIkit, I had to reluctantly admit that it’s overkill for something as simple as Little Backup Box simple web UI. So I decided to replace it with something more lightweight, and simplify things where possible in the process. After trying several lightweight CSS frameworks, I settled for Classless CSS. As the name suggests, Classless CSS adds styling without specifying classes for HTML tags. In practical terms, it makes it possible to add styling with a minimum of effort. While the web UI based on the new CSS framework is not as snazzy as the one powered by UIkit, the new interface is significantly lighter and easier to maintain and tweak.

For the longest time, I wanted to have a way to display transfer status on an 128x64 SSD1306-based LCD screen. Pavel Lukes has beat me to it, but I thought I’d give it a go anyway. The result is a simple shell script that displays the number of remaining files to transfer. The script refreshes every 5 seconds, so it doesn’t provide accurate real-time info. But it serves its purpose pretty well.

Originally, Little Backup Box was designed to work with storage cards as a primary source. However, it gradually evolved into a more versatile backup tool that isn’t limited to the role of a backup solution for photographers on the move. Since Little Backup Box can handle not only cards but practically any solid-state storage device, the Card backup mode has been renamed to the more generic Source backup.

Recently, I added File Browser to Little Backup Box, which rendered the RAW viewer redundant. So I removed it. I also tweaked the upload interface and made it accessible through a dedicated navigation link in the web UI. 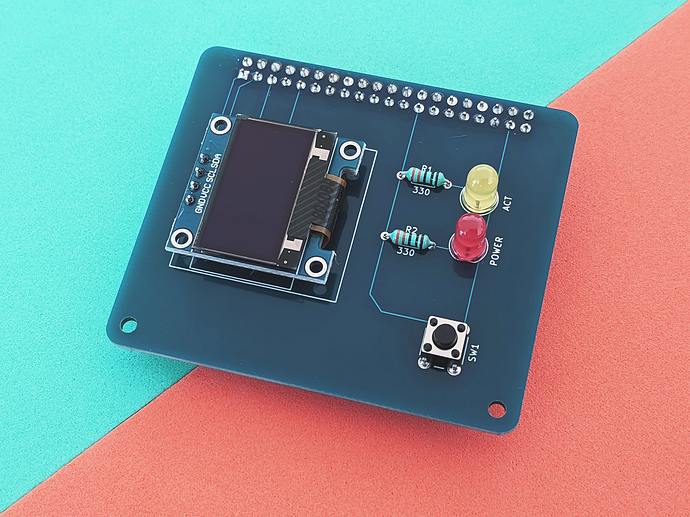 Finally, inspired by the work of Paul Roberts, I tried to design a Raspberry Pi expansion board for use with Little Backup Box. The result might not be as elegant as Paul’s design, but I’m pretty pleased with my accomplishment.