I just re-read the camconst.json comments, and I can’t really divine such from it. This is poor semantics…

Without a doubt… I was very surprised. But dcraw’s often works in mysterious ways.

Okay, I guess if you’re going to use dcraw code you’ve gotta find a way to live with the subtraction it’s going to do for you, hard-coded. However, IMHO camconst.json could use better semantics to express the difference between a delta value and a replacement value…

I copied the new camconst.json to sit with my options file and it seems to work! (Bearing in mind the limitations of the equipment I’ve got to hand)

There’s supposed to be sun tomorrow, so you’ll have the white files… anything else required?

Here be the white-outs for the two cameras

Without a doubt… I was very surprised. But dcraw’s often works in mysterious ways.

This sort of thing is why I definitely want to look into libraw - but apparently libraw doesn’t support float32 DNGs?

I don’t know if @agriggio 's patchset in ART sacrificed that, or left a fallback for that. (I haven’t had time to dig into the patchset in detail)

Of course it does, you just access the pixels form a different member (float_image): Data Structures and Constants | LibRaw

Perhaps for some compressed cases (floating point predictor?), I doubt the uncompressed one requires the DNG SDK… It’s been a while, the answer is in the LibRaw source code of course…

Hmm, so it seems the situation has at least somewhat improved. That’s good to know, most of the references I found were not looking promising initially, and that particular issue discussion had strong WONTFIX undertones to it.

As a side note, it’s kind of disappointing that the state of compression options in DNG without doing something non-standardized has kind of stagnated. Unless you are Bayer-mosaiced you’re basically limited to 8-bit lossy JPEG. I’m curious what feeding the lj92 predictors into a more modern entropy coder (such as the underlying ones used by zstd) would result in performance-wise.

Indeed, I can’t see dependence on DNG SDK any longer for floats, only on zlib of course.

And while you digress, I’m celebrating having my camera back (or at least it seems that way)!

Excellent! A dependency on zlib is no problem, I just dislike the Adobe DNG SDK dependency that used to exist 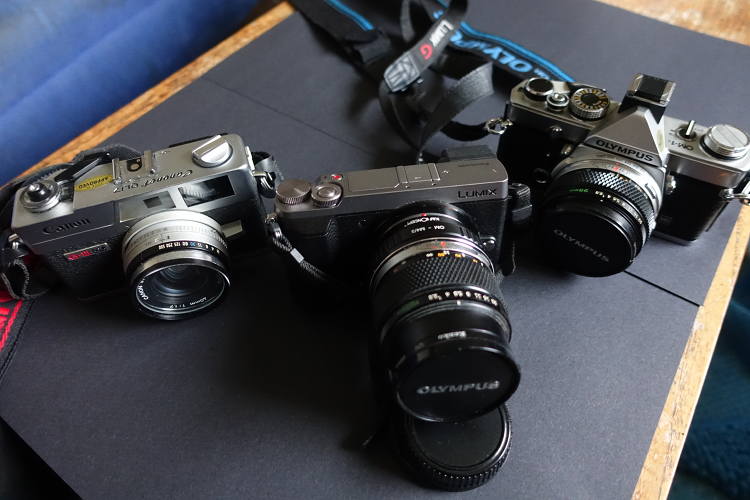 Hey @ggbutcher yes, the camconst comment gets tweaked over time but its still bloaty and unclear. Could you point to or quote the part in question, or even better open a PR with a fix?

This line is misleading:

36: used. If listed here this information will override the constants in dcraw (if any).

canonet ql17 which was the poor man’s Leica

I have this camera as well and used to love making photos with it. I thought recently I should run a roll through it, but film prices are horrific.

Yes, difficult also to to get serviced and repaired

helpful stuff on Panasonic: thanks, I guess a lot more to explore on Adobe RGB

@ggbutcher @Thanatomanic can you confirm that this is incorrect:

If a camera is not listed in this file the constants from dcraw will be
used. If listed here this information will override the constants in dcraw (if any).

and that this suggested fix is correct:

If a camera is not listed in this file the constants from dcraw will be
used. If listed here the values will be added to or replace those from dcraw, depending on how they are specified, as explained below

(it refers to this explanation: RawTherapee/camconst.json at dev · Beep6581/RawTherapee · GitHub )

Bear-of-little-brain here, how does a user know whether to specify a full black level value vs. an offset to dcraw? I don’t currently have RawTherapee up and running, so I can’t go looking for a UI indicator…