Hi!
I’m following this tutorial and when it comes to change the group layer blend mode from normal to grain merge, the latest doesn’t show.
The exact point where I am in the tutorial is this.

Am I missing something?

I will have a look this evening.

ok, thanks. Let me know if you’ll need the images and, if so, the best way to send them.

I would rather need a screenshot of the list of available blend modes, because on my test system I see “grain merge” as it should: 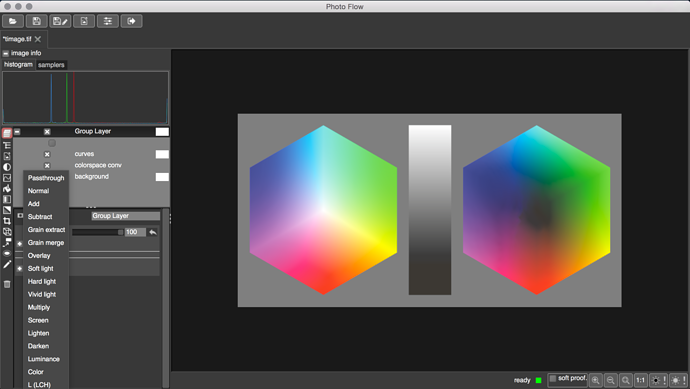 Strangely I cannot screen shot when I show the drop down options, so here’s the list:
Mix
Multiply
Intersection
Union
Exclusion
and that’s all.
When I press the “back” button and go to normal editing mode and add a group layer, its blending mode options are the same as yours.

@gadolf I think I know what you mean: you are speaking about blending while in mask mode. If I recall correctly, yes, those are the only blend modes. Unsure whether the other ones like grain merge would make sense there…

Yes, that’s exactly it. But according to the tutorial I mentioned in my first post, all those blending modes are expected to show up when in mask mode.
I reviewed the video inside the tutorial and it really seem to be in mask mode…

It adds the pixel values of the upper and lower layers together and subtracts 128.
Source: https://docs.gimp.org/en/gimp-concepts-layer-modes.html

Note that 128 would denote the mid-point. If your range is 0-1, I guess it would mean 0.5, etc. Knowing this, you could probably cobble something together…

I see what you mean, but there are effectively two layers where the grain merge would do its action.

The point is that I’m trying to strictly follow the tutorial and apply what seems to be a powerful masking tool, where you can fit a mask to whatever form you wish.

I watched a bit of the video. First thing I noticed was that it is dated 2015. A lot has changed since then, so much so that it is almost a different app

. Secondly, the author isn’t using mask mode at all. He or she is using plain layers. I haven’t watched the rest as I am in the middle of something else ATM (but am still itching to help

). Perhaps, the next step is to copy-paste the blended result into a mask. Sorry, I couldn’t be of better assistance.

@afre @gadolf - sorry, I overlooked the fact that in the video (by the way, I am the author of it) I was working on layer masks… indeed, in recent versions the grain extract and grain merge blend modes have been disabled for masks, as I saw very little use of it. 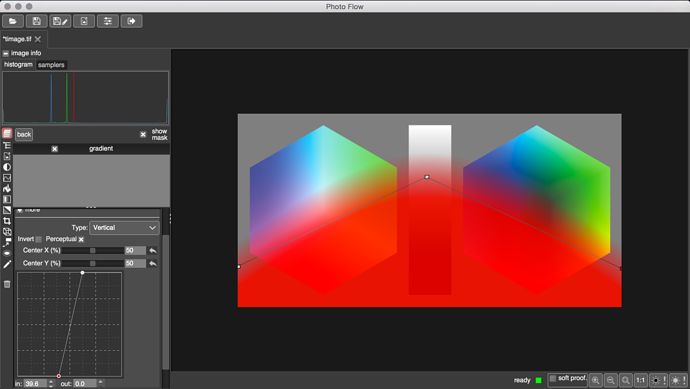 Now I’m getting closer, but I still have too figure out how to mask those two buildings at both sides of the image, as well as to give it a smoother transition, especially for the trees on the slope, since a single gradient line doesn’t seem to handle it. 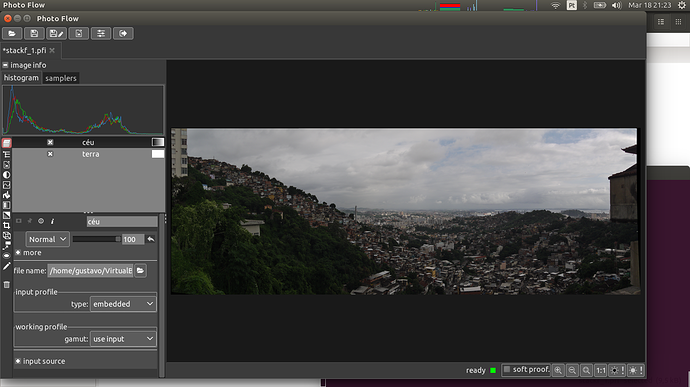 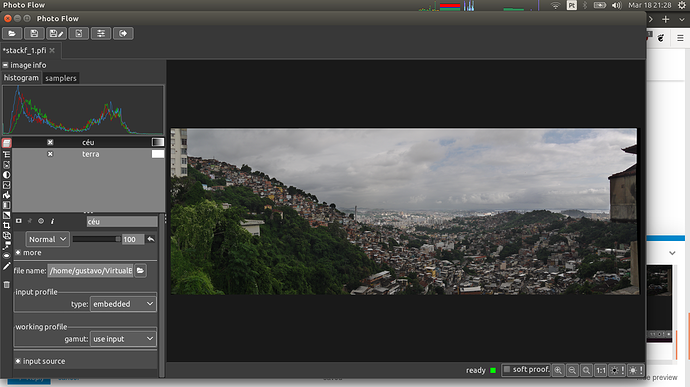 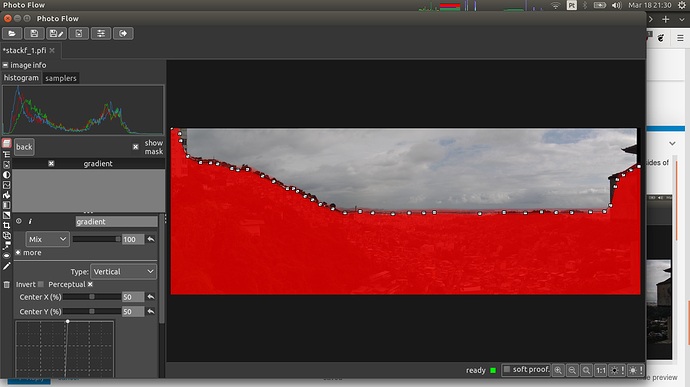 UPDATE: As for the left building, I could include it completely inside the mask by adding a second gradient, this time horizontal, and setting its blending mode as intersection: 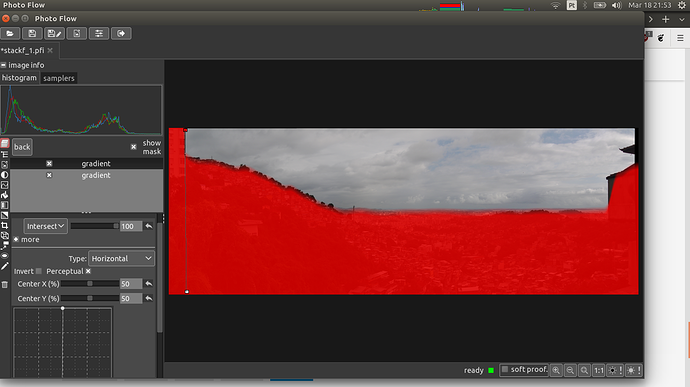 @Carmelo_DrRaw Just a suggestion that I have hinted on before: maybe it is time to retire or at least add a notice to some of your old materials (videos, blog entries, etc.). E.g., you may have noticed that people keep on asking you about certain subjects like batching (myself included).

Well, I’m more a less done with this.

stackf_12.jpg7731×2742 2.15 MB
Not totally satisfied, I feel it kinda flat, and I would like to boost the exposure, but since I’m working with a tiff, couldn’t find it available.
Please, feel free to criticize.
I really felt more comfortable working with PhotoFlow rather than RT or DT. I felt it more intuitive - at least for someone who has always been tweaking with Photoshop, as a casual photography lover.
I really hope it thrives.
As for Gimp, it’s also easy to use (and obviously powerful), but I mostly do my (simple) stuff on raw.
For the first time I can think of life without PS

Not totally satisfied, I feel it kinda flat, and I would like to boost the exposure, but since I’m working with a tiff, couldn’t find it available.

Where does this TIF come from? An export from ACR? In any case, you should be able to adjust the exposure using the Exp. comp. slider in basic adjustments 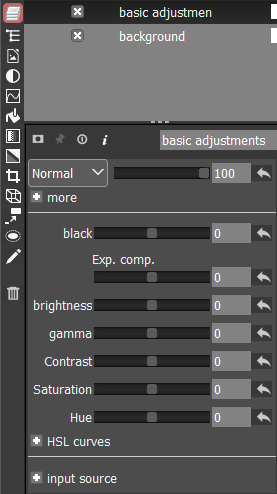 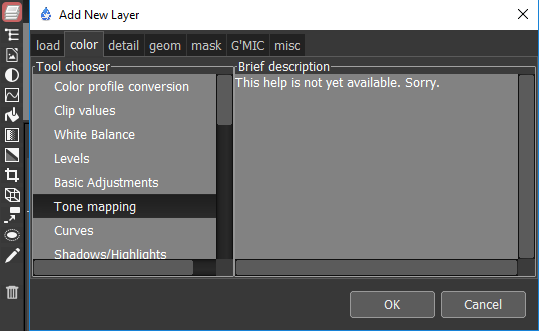 Nicely framed photo, if it is yours.

– Edges of the masks are distracting, especially where the trees and roofs touch the sky on the left. They are dark where the mask doesn’t reach.

– Edges of the image have black bars that need cropping. Might be because PF doesn’t automatically crop after a lens correction, etc.

– Halos along edges; e.g., where the left building touches the sky. Maybe a result of ghosting due to stacking or camera movement?

I’m really glad to hear you like the philosophy of the software, and that you find it intuitive…

If you want to post you r initial image and your .pfi file, I can play with it and see if I can come up with a better solution for blending the sky and the foreground.

@Carmelo_DrRaw Thanks!
I couldn’t upload the files because of size limit.
Could you download it from a torrent? Here is the magnet url:

@afre Many thanks for the review!

Exposition/tone mapping: You’re probably referring to the latest appimg, right? Actually I worked with the standard ubuntu ppa version, where neither the exp slider nor tone mapping exist, and when I try to open the pfi file from the latest appimg it crashes. I’ll take some time to migrate it and see what I can do.

And I agree with the issues you raised. As for the last one (halos on the left building), it’s a lens distortion issue, I got that on all my pictures. You see, I’m using a rather old and simple PS powered by CHDK, hurt by time and (mis)use: the zoom no longer works and bad pixels are a plague. Anyway, I can still get some interesting results (specially when I stack many frames, where I get a boost in resolution and definition), and the possibility of getting raw files from there is a plus (thanks to CHDK devs). I don’t call it a camera, I like to think of it as my photon collecting device, a cheap one.

No torrents here… could you use filebin.net? It is free and very easy to use…