Hello! I just downlaoded rawtherapee in an attempt to open some RW2 files from my Lumix camera. When I used a DNG converter the files were way too dark, so now i’m trying rawtherapee. However, although the photo appears fine at first, the program does something to it that turns it completely pink! I’m not sure what to do to stop this from happening. Can anyone advise me? Thank you! 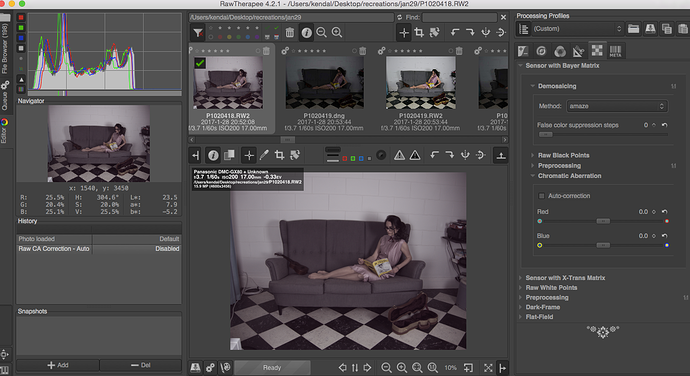 Upload a sample raw file from your camera (not DNG). Also, consider uploading that file to https://raw.pixls.us/ so that not only we but other open-source projects can benefit from it too and add better support for it.

That was the newest version I saw for mac here:
http://rawtherapee.com/downloads
Where can I find 5?
I can’t seem to attach a raw file from my camera here. :-/ I can’t even open them on my computer except in rawtherapee (which screws them up. lol). RW2 doesn’t seem to be a supported file for this forum (or my computer grrrr).

@kendal we are releasing 5.0-r1 (notice the -r1) later today, hopefully it will be available from our website by tomorrow.
You can upload the raw file using https://filebin.net/ and send us the full link here. But better if you upload it to https://raw.pixls.us/ instead - then no need to send the link, I will find it, and other can use it.

OK! I uploaded it to raw.pixls without a problem.

And tomorrow, yay! Good timing! If I can use these photos then I don’t have to curl my hair and rearrange the living room again this week.
Slightly off-topic but might you know why when I convert my camera RW2 files to DNG, they turn out so much darker?

when I convert my camera RW2 files to DNG, they turn out so much darker?

I’ve checked my installation of the DNG-Converter and didn’t find a DCP profile for the GX80. That could be the reason.

Well it’s the European version of the GX85, is there a difference between them other than the name? Not sure why they re-name things in other countries.

Slightly off-topic but might you know why when I convert my camera RW2 files to DNG, they turn out so much darker?

The DCP which @TooWaBoo mentioned may or may not contain a curve. It doesn’t matter - you can do the same using either tone curve in the Exposure tool.

Well, in rawtherapee I can see both the dng and the rw2 and there’s an obvious difference between them. I know on the camera it only shows me the jpg (and the quality looks quite awful, I’m always wondering if I’m really in focus or not because it’s so bad)… 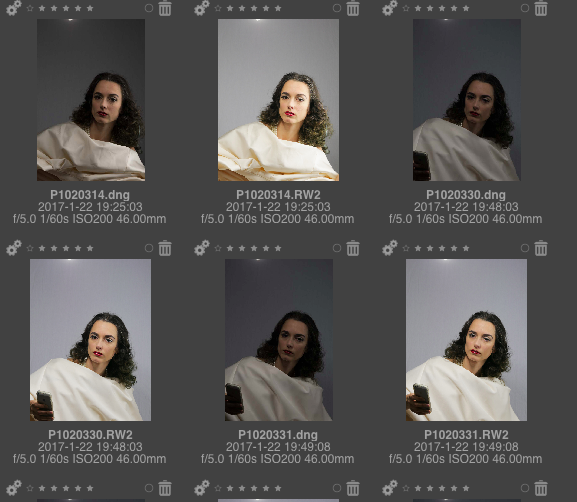 Before I tried rawtherapee, I could only see the RW2 file in the Image Capture window, then I would download them and not be able to open them at all unless I converted them to DNG. I didn’t realize there was such a difference until the last photos I shot turned out so completely different, so underexposed that I couldn’t really fix them. I thought perhaps it was because of the JPG display on the camera, and this is just how they really looked. And now with rawtherapee I can see the RW2 and the DNG side by side. And I just don’t understand what happens in the process of conversion. Will be really glad to not have to re-shoot stuff and have the raw files to work with. lol

@kendal first, read the links I sent you.
Adobe DNG Converter, like RawTherapee, re-creates the thumbnail from the real raw data, so the thumbnail will look different to the thumbnail produced by your camera in the RW2 file.

Your raw file submission was deleted before I could get to it because it contained a person and that requires a model release. Could you upload it using https://filebin.net/ instead?

and this is just how they really looked

That is most likely true.

lol. Well I hereby give myself permission to use a photo of myself.

I notice when I double click on the thumbnails in rawtherapee that it changes them, for instance the DNG and the RW2 in this screenshot… is the thumbnail not reflecting what the file actually looks like, or is the program altering the image? 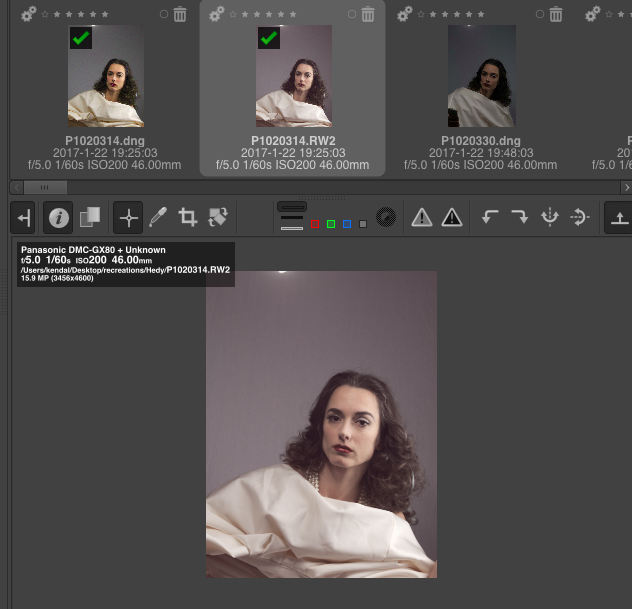 Well it’s the European version of the GX85

I am not quite sure how to do that. lol. I am not very technologically gifted. I am using the Adobe DNG converter and I don’t know where to find that to rename it.

is the thumbnail not reflecting what the file actually looks like

No, it shows the embeded jpg until the file is processed by RT (e.g. when you open it).

OK. So what is the difference between the DNG file and the RW2 file that makes the thumbnails look so different? And I can’t really tell what the RW2 file would look like without the pink… lol

@kendal I examined your raw file briefly and I didn’t see anything wrong or suspicious on RawTherapee’s side. RawTherapee has good per-ISO support for the Panasonic DMC-GX80/DMC-GX85/DMC-GX7MK2.

@ilias_giarimis added the per-ISO white levels for your camera, maybe he knows what’s up, if anything.

The question remains why the thumbnail of the RW2 is so different from the raw data. It’s normal for the raw data to look flat and underexposed, but not that much. There is a possibility that RawTherapee expects an e.g. 12-bit raw file while this is a 10-bit one. Such a situation would explain the thumbnail, but I saw no sign of that being the case.

I see two reasons to believe that what RawTherapee shows is indeed correct:

That would mean that your out-of-camera thumbnail lies - not surprising.

Assuming that RawTherapee does in fact show you the raw contents correctly, I created a PP3 as a starting point for your camera. It’s based on that cat photo which is better exposed, and the tone curve in this PP3 is similar to the one you would find in the DCP - i.e. you don’t need to use the DCP.
Panasonic DMC-GX80 natural.pp3 (9.3 KB) 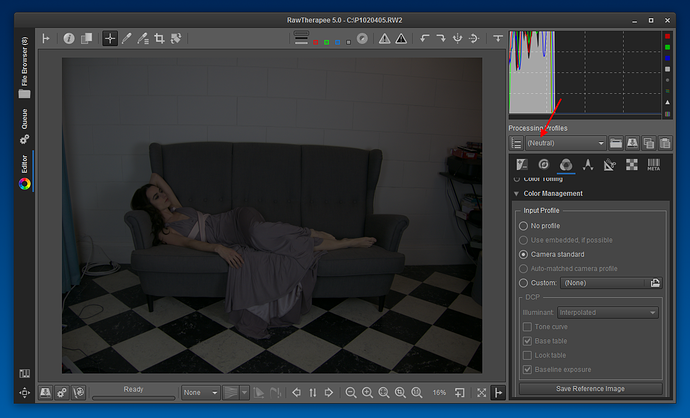 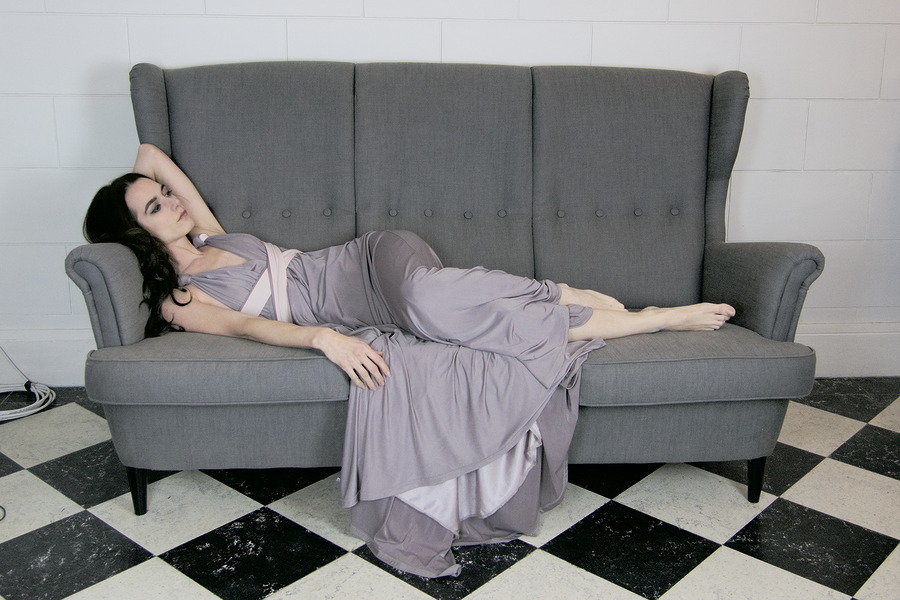