What are the advantages of Color calibration over the WB module

I am trying to understand the advantages of the color calibration module over the white balance module. I already appreciate that the CC module gives us the ability to color match a series of images using the spot color mapping feature and it also allows the use of multiple instances which is useful when there are mixed lighting sources. So there are times when it has obvious advantages, but my question is more about when the camera has already produced a nice white balance which is correctly set when we use the white balance module on its own set to as shot. So is there an advantage in having the two step process involving the WB module set to D65 and the color calibration module set to as shot?

Hmmm, I have never thought about that. What I have been doing is setting the White Balance module to “Camera reference”, and I’ve never paid any further attention to white balance in the Color Calibration module. Maybe I’m doing it wrong, but things usually look pretty good to me.

Its explained quite well here

[Screenshot_20201109_024706] TL; DR : this is a full rewrite in clean unbounded RGB of the channel mixer in darktable. The old one had some computational mistakes in it, plus clipped RGB at 100%. This also introduces much requested normalization options, that will keep the sum of parameters to 1, trying to preserve – rougly – luminance (actually, perceptual luminance is much more than a simple sum of R + G + B, since it depends on hue, but… TL; DR). Ok. But it’s named color calibration becaus…

What is the difference between low and high quality WB ?

Actually, white balance is only part of the chromatic adaptation transform. Chromatic adaptation aims at predicting how all surfaces, in the scene, would look like if they had been lit by another illuminant. What we actually want to predict is how those surfaces would have looked like if they had been lit by the same illuminant as your monitor. While white balance aims only at ensuring whites are really whites, that is R = G = B, and doesn’t really care about the rest of the color range.

So CAT is WB performed in a specially designed RGB space : the CAT space. You will find several of the best in the “adaptation” setting : CAT16 from the CIECAM 2016 color model, Bradford linear from the ICC v4 and non-linear, and XYZ (which is there for testing and debugging, it’s not very good). The whole module will work in the CAT space chosen there. In the R, G, and B tab, the background colors of the sliders are actually the primary colors of the CAT spaces, so you can have an idea what they look like once projected to sRGB. 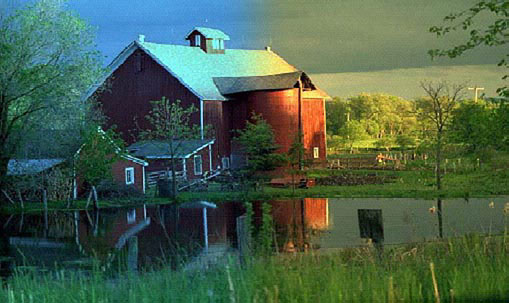 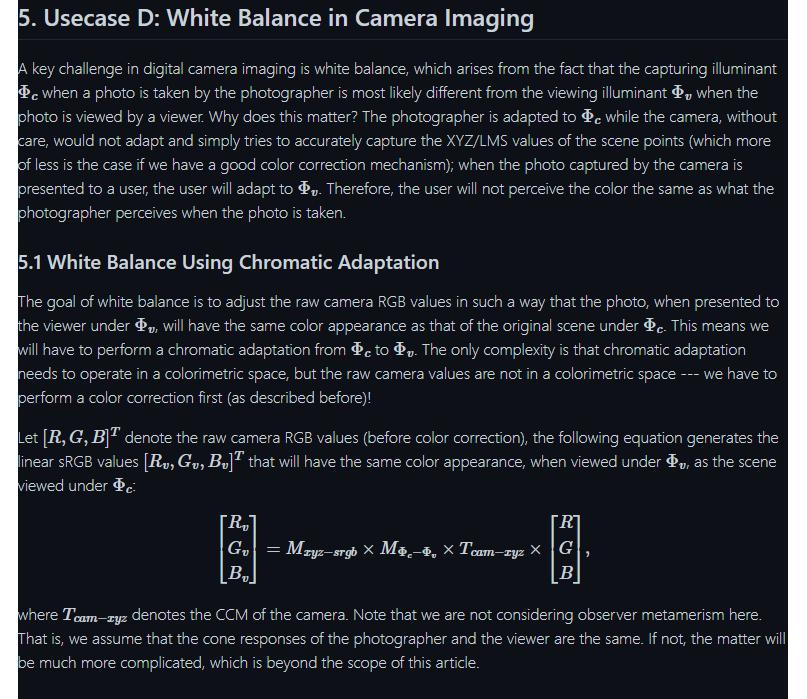 If taking over the calculated white balance in WB gives a pleasing result there’s no reason to do it color calibration. It’s all about the result, not the way to achieve it.