No crash but the lens correction in ‘raw developer’ does not seem to work now.

There was a problem in the creation of the distributed .zip file, reasulting in an empty lensfun database.

I have now moved back to .dmg packages. Could you please download the latest .dmg and check if the lens corrections are working again (they are on my OSX system)?

hi, was this a hand-held shot? If tripod, I’d have expected it sharper, those SMC Takumars were pretty good lenses I always thought.

Believe me, I already filled my quota…

LOL as they say

I am still getting used to getting sharp focus on that lens.

Edit: I had better success in my water lily shot though. Check out the[Play Raw].

Yes, it is fixed, also the lensfun is working. Thanks!!
Also, Export As has been changed to Export To, Great.

Yes the lens correction works fine now. Thanks for your very quick fix!

Not yet, but it is high in the todo list…

Can open another raw file. However, cannot reopen a previously opened file.

Sounds definitely like a bug in the handling of opened files… I never really tried this myself, but I will look into it.

Not yet, but it is high in the todo list…

That, and more powerful resize options as requested previously.

When there is a button, one is tempted to (ab)use it.

That’s very strange… I have taken the RAW sample image for the 550D available from here, and daylight WB works fine: 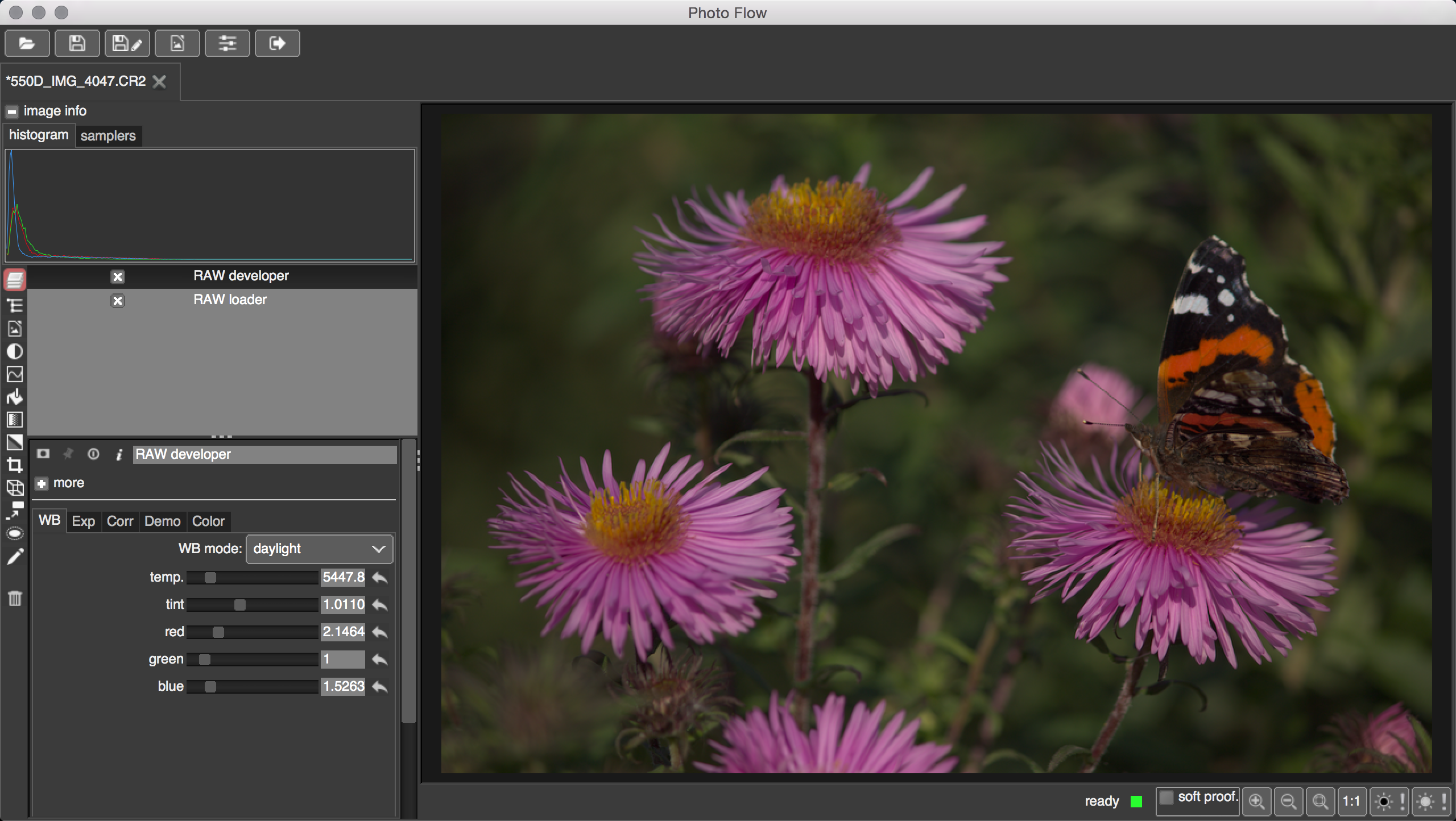 Indeed, I checked again just now and could not reproduce the problem. The cropped screenshot proves that it can happen…

PS I don’t know: the WB module has always been buggy in various ways. Summary of the other issues that I have encountered so far (some may have been already fixed):

Batch processing. Would it be possible for a batch to use the camera WB of each raw? Currently, I think it only uses the values of the raw from which the preset was made.

Thank you for considering many of my suggestions and keeping a to-do list for the features that haven’t been implemented.

The current problem that I have with it is that its real estate is quite small and not vertically adjustable. Please make it so. I also tried turning on the floating dialogue setting but there is no way to make samplers a window. Maybe make it like GIMP or Inkscape where the user could dock or detach everything at will, including histogram, samplers and even the layers dialog.

1 I don’t know if you followed GIMP Guides and Sample Points but @prokoudine’s mock up is fairly robust. With a little refinement, samplers might be my favourite tool yet.

2 Like with WB, I hope to have an option to use an area sampler.

3 Unsure whether I mentioned this before, but I would like the option to delete a sampler. I don’t like having to drag it to a new location. I would rather delete it and plop it down somewhere else.

4 Along those lines, it would be rad if I could (re)name these samplers. I don’t think this is a feature in any app. A labelled sampler could also double as a general label to remind me of something when I open an old or incomplete pfi.

Edit: 5 Previously, I mentioned being able to switch between various RGB and R’G’B’. What I meant was being able to change the values to reflect RGB other than the working profile’s. E.g., if I use Linear Rec.2020, it would be super useful if I could view the coordinates in standard sRGB, etc.

PS Floating dialogues feedback
1 First time I switched over, I didn’t know how to activate the window. Apparently, at least on Windows, I have to double click the tool layer in question. I would rather it be a single click.
2 Another thing is the [x] of the windows are faded out, at least on Windows. The only way to dismiss each is to press [Esc].

Opening 2nd, 3rd, etc. raw sometimes crashes PhotoFlow. Don’t know how to make more predictable. This is not a new problem; I reported this before.

Hi Carmelo,
making a try about default.pfp under win10.
It works when apply default processing profile is set and default.pfp stored under C:\ProgramData\photoflow\presets.
Thank you very much for that.

But this setting is not saved for the next PF session.
Edit: copied this on github issue #155

When I use batch mode, I get the error

My camera is the 550D. Not a big deal but I thought I should mention it.

BTW, are you still planning to add output options to batch?

are you still planning to add output options to batch?

Yes, this is definitely planned, but I am still thinking about the best way to pass the output parameters on the command line…

Maybe you could store that info in the preferences. I use the same export options regularly. The other way would be to add more switches like a traditional command line app. 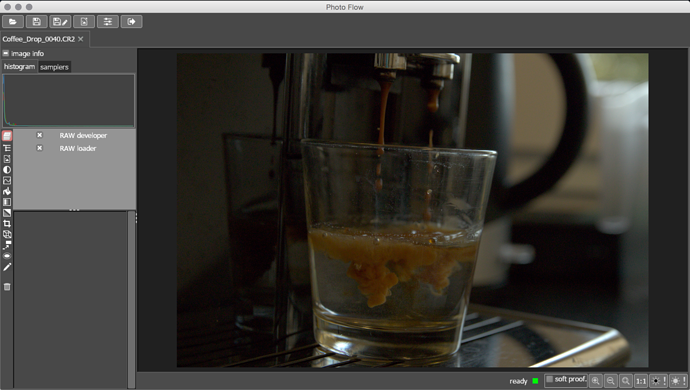 Does it crash all every time in your case? Is this the only problematic image? Do you have a standard preset (default.pfp) that gets applied to the RAW images?

Yes, it crashes every time, no matter which raw file I open. No, I haven’t applied a preset; everything is as-is from the zip file. Could someone with Windows (I have win10) confirm?