I am presently trying to dive deeper into the area of understanding how to make and use printing profiles, tailored to specific paper qualities. Each new experiment probably will make me a little bit wiser. To make things more complicated, I print on quite bad paper qualities

After all, if I can get decent prints out of bad (cheap) papers, then the expensive paper qualities will hopefully yield superb results…

Here is the gamut of my sRGB monitor (i.e. the range of colours that my monitor can show): 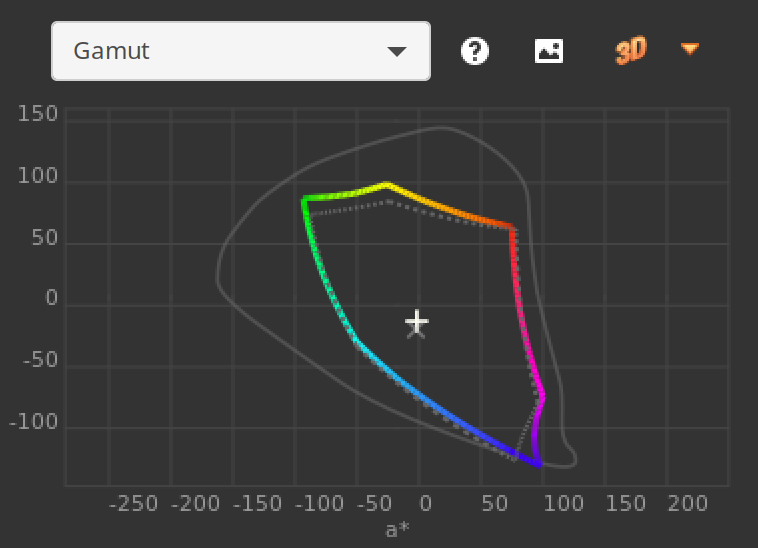 This is the gamut of a sort-of-bad paper quality: 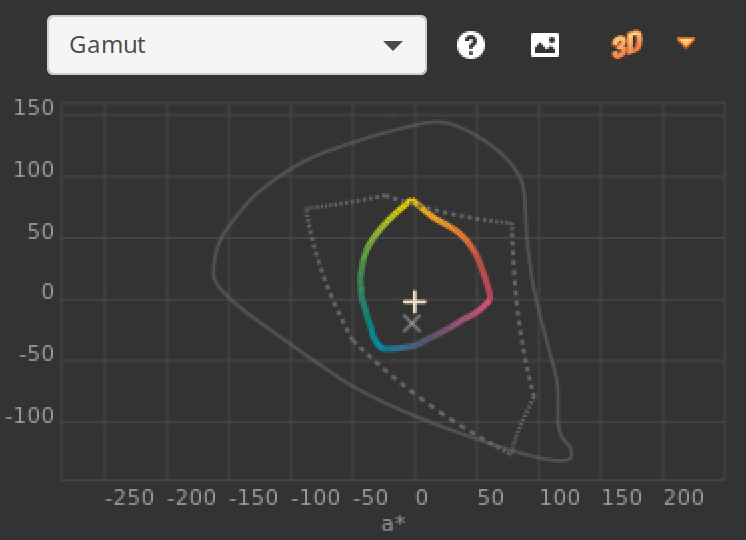 Quite a difference, eh?

Finally, here is the gamut for a “good”, glossy printer paper: 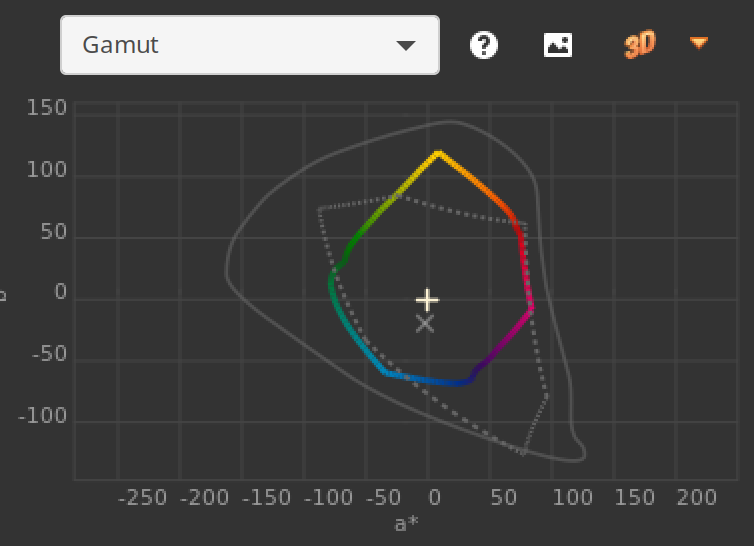 Now, what does this mean in reality? 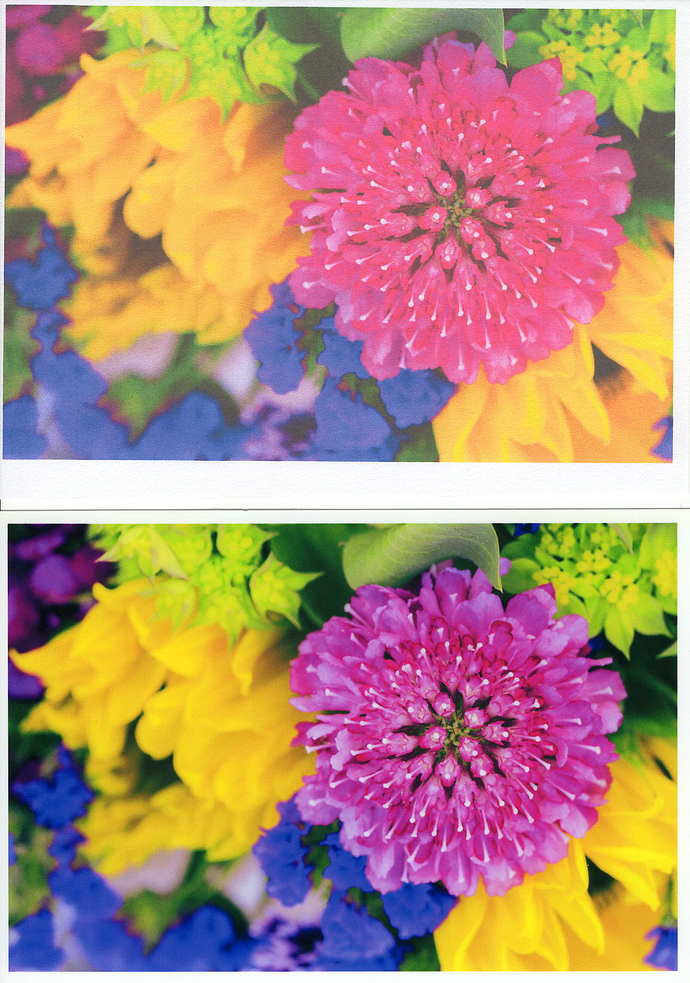 Printing is too foreign and expensive for me but thanks for sharing your discoveries from time to time.

Wow… what a difference! Are you using Epson Inks in your printer?

@afre Actually, it is not that expensive if one can coax more common paper qualities into behaving nicely. Like 4CC, Xerox’ Colotech &c. I’ll know more after additional experiments.

@paperdigits Oh no, I do not.
Original Epson costs 4 USD per ml.
A Swiss brand costs 0.8 USD per ml.

I think soft proofing to get a nice print on the inexpensive paper would be challenging. Recently I was reading about painters using hue changes to indicate shadows and highlights, back when paint palettes were very limited. Could one do something similar to make a nice image on the inexpensive paper? Maybe use hue changes to indicate tonality changes in the bright magenta flower? Perhaps bluer in the shadows and more yellow in the highlights? After lowering overall saturation of course. The blue flowers also would need their saturation lowered, and perhaps the entire image could be recolored so to speak, with less saturated colors, with more emphasis on hue changes to indicate/augment tonality changes. Just a thought!

Now, that paragraph of yours calls for weeks of clever thinking as well as umpteen new experiments…

a) I use cheapish paper chiefly because it is more challenging

Those experiments will teach me more: it is dead easy to make a good print on super-glossy-whatever. But take newsprint, for example. Now, that is a challenge!

b) I do not agree that ancient palettes were limited. You should see the list of pigments that were available to the ancient Egyptians, for instance. Or How to Paint a Mammoth when dirts (i.e. earth colours) were all that were at hand.

c) van Eyck was one of the first attributed to making glazes in oil, but the method was well known among those working with egg tempera long before that.

In short, glazes (or rather overpainting with a thin layer) in tempera work in this way:

Imagine that you have two cups of paint. They are both blue, but one is slightly lighter (L) than the one in the other cup (D).

I know far too little about Krita, but does this not sound as if this glaze/solid/scumble ought to fit in well there?

I use cheapish paper chiefly because it is more challenging

Those experiments will teach me more: it is dead easy to make a good print on super-glossy-whatever

Restricting one’s palette, these days, seems like a good creative step away from “everything looks the same” that pervades over so many photographs that are displayed on the web these days.

I do not agree that ancient palettes were limited.

Hmm, well, my knowledge (or what passes for same

) of history of art is intermittent at best. But I was thinking of cangiante (Cangiante - Wikipedia) which I discovered in the course of trying for the umpteenth time to actually make sense of the word “chiaroscurro” - Wikipedia provides a black and white photograph as an example of chiaroscurro, which really leaves me scratching my head wondering what the term means, as opposed to ???